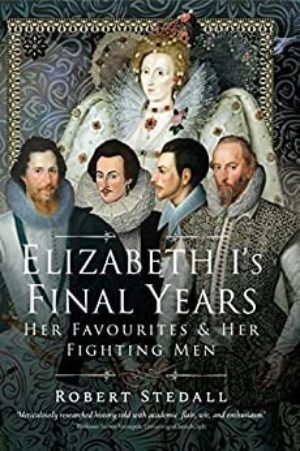 An extremely detailed, yet readable, portrait of the fighters, pirates and swash-bucklers of Elizabeth I’s later reign.

There is much to admire in this new book by Robert Stedall, who first came to our attention with his work on the reign of Mary, Queen of Scots. He has now turned to Mary’s rival south of the Border, first with a book on Elizabeth and Leicester, and now in a work that is somewhere between a conventional narrative history of Elizabeth’s reign, and a group biography. Group biographies are often an excellent approach to complex times, as focus on a single individual can result in a very narrow focus, and a lack of context.

Stedall’s work manages to be both broad in scope and cover an astonishing amount of detail about each of the main protagonists – four men: Raleigh, Essex, Francis de Vere (very little known); Charles Blount, Lord Mountjoy, and one woman, Penelope Devereux, Lady Rich, sister of Essex and lover of Blount. Nevertheless, there is a definite bias towards the Devereux siblings, and, unfortunately, I feel that Stedall has rather fallen into the same trap as one of his key secondary sources, Sally Varlow’s The Lady Penelope (reviewed here). Any thwarting by Elizabeth I of Essex or Penelope’s ambitions is interpreted as petulance or jealousy rather than a considered decision from an experienced and pragmatic queen. Similarly, the notion that the Cecils were bent on destroying Essex is something that is asserted, but not really supported by evidence (although that is a criticism that could be levelled at many histories of the period).

In line with the title, there is strong focus on military campaigns, and a very welcome integration of English and mainland European military activity – too often the war with Spain is seen in isolation, rather than as a part of a wider conflict. Stedall also has the ability to describe military action very precisely, yet in a way that is both clear and interesting to the non-military specialist – something not many military historians manage well. I was particularly interested to learn more about Francis de Vere – seldom mentioned, although it is apparent from this work that he was a significant figure.

This was a book with a different slant, that definitely increased my knowledge of the period.

Tudor Times received a review copy from the publisher. 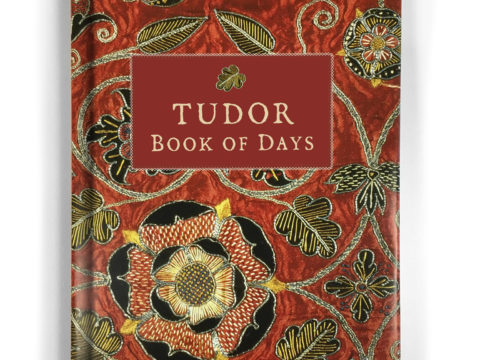