Katherine was born sometime in the summer of 1512 to Sir Thomas Parr and his wife Maud. At that time no-one could have foretold the child's regal destiny, for the Parrs were of that rank of Tudor gentry who were well-connected, but not rich or powerful. In addition, the Parrs had a Yorkist past to live down in the early days of Henry VII. However, by the accession of Henry VIII in 1509, Sir Thomas and Lady Parr were well established loyal servants of the king and queen, he as an ambassador and trusted emissary of Henry VIII, and she as one of Queen Katharine of Aragon's most favoured ladies in waiting.

The new baby was named Katherine, and, since it was customary to seek a godparent of the highest possible rank amongst the family's circle of acquaintance and to name the child after her, it seems likely that the Queen herself stood as young Katherine Parr's godmother.

Tradition has it that Katherine was born in the Parr family seat of Kendal Castle, but modern scholarship suggests this is unlikely - the castle had been a semi-ruin for 30 years and Sir Thomas and his wife were settled in the south in a variety of houses around the capital and court.

The most likely place for Katherine's birth was near Blackfriars in London where her father had a house and where Sir Thomas and Lady Parr were later buried at St Ann's Church.

Ladies in waiting worked on a roster, and were not always on duty, but once such a prestigious and influential position had been gained, a woman would be most unlikely to give up the chance of advancing her family by retiring.  Maud would have returned to her duties as soon as possible, leaving Katherine in the care of nurses.  The Parrs went on to have two further children who survived childhood, William, later Marquis of Northampton, and Anne, later Countess of Pembroke.  The three Parr children were brought up together and remained close all their lives.  The chance to expand the family further was denied when Sir Thomas, who was some fourteen years older than his wife, died in 1517, leaving Maud a widow at the age of twenty-eight.  Unusually, Lady Parr did not remarry but managed both her own estates (she had inherited a very handsome holding from her grandfather, Thomas Green of Green's Norton), and those of her children.

Maud was supported in the upbringing of her children by her brother-in-law, Sir William Parr of Horton, and a distant Parr cousin, the influential Bishop of Durham, Cuthbert Tunstall.  Katherine, only five on her father’s death, clearly looked to both of these men for fatherly guidance throughout her life.  The young Parrs lived for a time with their uncle’s family at Rye House in Hertfordshire, together with Sir William's daughter, Maud, later Lady Lane and another cousin Elizabeth Cheyney, later Lady Vaux. They were joined, as was customary at the time, by other young men, and Lady Parr arranged the education of all of her young charges. Her establishment received high praise for educating young men in French and other languages.

There has been some dissension over the level of education Katherine received in her childhood. It was becoming fashionable amongst the upper classes to educate girls to a much higher degree than in earlier times, as Humanism began to sweep through the elite of Europe. Katherine certainly learned the standard curriculum of a well-born girl, reading, writing, French (her parents were both reputed to be particularly skilled speakers), needlework and housewifely skills. She may have learnt Latin at this period, she definitely studied it in more detail, together with Spanish and Italian in later life.

There is a charming anecdote, with no factual support whatsoever, that she objected to learning to sew after being told by a fortune teller that she was destined for greater things. On hearing this she told her mother that, as her hands had been made for sceptres, she had no need for needle and thread. No doubt, if the story is true, Lady Parr soon put her straight – after all, Queen Katharine of Aragon was not too exalted to sew her husband's shirts. 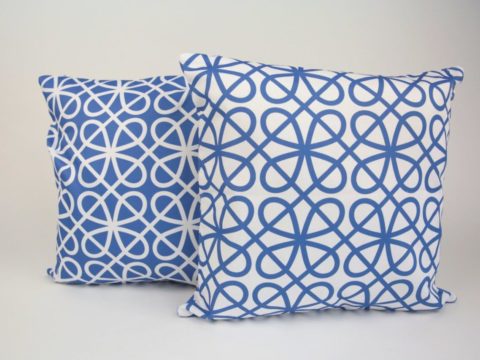