Katherine was the daughter of two prominent courtiers who served Henry VIII and his first wife, Katharine of Aragon. Her father, William, 11th Baron Willoughy de Eresby, was one of the greatest landowners in Lincolnshire, and her mother, Maria de Salinas, was Queen Katharine’s closest friend. Their marriage had been marked by the king with the grant of Grimsthorpe Castle in Lincolnshire.

Katherine was her father’s only child, so on his death in 1526, she was heir to his estates. As was often the case when a woman inherited, a dispute arose, with her uncle, Sir Christopher Willoughby, claiming that his brother had previously agreed a transfer of lands to him. This dispute rumbled on for some twenty years.

Lady Willoughby had powerful friends, amongst them Charles Brandon, Duke of Suffolk, the king’s brother-in-law, who was soon appointed by the king as Katherine’s guardian. This gave him the right to her income during her minority, and the power to arrange her marriage. Ten-year-old Katherine left her mother’s home and went to live with Suffolk and his wife, Mary the French Queen, at Westhorpe. It was assumed she would marry their son, the Earl of Lincoln, in due course.

In 1533, the French Queen died, and within a few weeks Suffolk decided to marry his ward himself. Katherine had little say in the matter. Her feelings are probably indicated by her refusal in later life to arrange a marriage for her son – saying that to force a couple to marry against their inclination was a sinful act.

Nevertheless, however unattractive marriage to a man some thirty-five year older than her may have been on a personal level, politically and socially it was a splendid match. Aged fifteen, Katherine ranked only after the royal family and the duchess and dowager-duchess of Norfolk.

There is no information about Katherine’s relationship with the queen, Anne Boleyn, but since Anne and Suffolk did not get on, and Katherine’s mother was Katharine’s of Aragon’s close friend, it is unlikely that the new duchess, who was also much younger than Anne, would have had much contact with her. Nor does Katherine seem to have played a part in Jane Seymour’s court, perhaps because it was during the period 1534 – 37 that Katherine bore her two sons by Suffolk, as well as probably having her third pregnancy.

In late 1537, rebellion broke out in Lincolnshire, and spread north into the Pilgrimage of Grace. Suffolk was one of King Henry’s chief lieutenants in containing, and ultimately overcoming, the insurrection. Following it, Suffolk was commanded to take up residence at Tattershall Castle, in order to keep Lincolnshire firmly under control. We can assume that Katherine accompanied him there, and that that was their base for a few years, although after the death of Lady Willoughby, Grimsthorpe Castle became Katherine’s favourite home.

It was probably during the late 1530s that Katherine became interested in evangelical ideas. Her step-daughter, Frances’, husband, the Marquis of Dorset, was an evangelical, and the three of them were close friends. It seems likely they explored the new ideas together.

In 1540, Henry VIII married for a fourth time, to Anne of Cleves. Katherine was appointed as on of the ‘Great Ladies’ of the household, but Anne’s tenure as queen was short – the marriage was annulled that July and a new queen, Katheryn Howard, appeared.

Although they were of an age, Katherine and Katheryn were very different. Lady Suffolk was an educated woman, intellectual, known for her wit, and with a growing interest in religious reform  whilst Queen Katheryn had been poorly educated, and almost neglected, in her childhood. Nevertheless, Katherine played hostess to the court when Henry VIII made a progress to York in 1541. The entire cavalcade stopped at Grimsthorpe for a few days.

In 1543, Henry VIII married for a sixth time. His new wife, Katherine Parr, the widowed Lady Latimer, was a friend of Katherine’s – they had probably met through their mutual friend, Henry’s daughter, the Lady Mary. Katherine was one of the few guests at the wedding, and for the following four years whilst Katherine Parr was queen, Katherine was largely in attendance at court, even after the death of Suffolk in late 1545.

She and the queen were both interested in religious reform and it was soon rumoured that Queen Katherine and her ladies were reading forbidden books and taking a greater interest in evangelical ideas than the king approved. Katherine’s bête noir was Bishop Gardiner of Winchester, whom she ridiculed by naming her pet spaniel Gardiner, and dressing up in a mockery of a priest’s robes. But Gardiner and his allies were powerful, and danger approached Katherine when a young Lincolnshire named Anne Askew was arrested for treason.

Askew had been patronised by the ladies of the court and was pressed to implicate the queen, Lady Suffolk and others in her ‘heresy’. Even in the face of torture, Askew refused, but it had been a warning to Queen Katherine, who kept a lower profile in religious debate thereafter.

It was around this period that another rumour made its way around the court – that Henry was contemplating divorcing Katherine Parr to marry Katherine. He certainly liked the widowed duchess, but there is no evidence of their relationship being more than friendship.

In January 1547, Henry died. The new king, Edward VI, was a minor and power was in the hands of Edward Seymour, Duke of Somerset. Somerset and his wife were fellow reformers and friends of Katherine’s and she was immediately in tune with the religious reforms that Somerset introduced. She also encouraged the dowager queen to publish her ‘Lamentations of a Sinner’.

However, Katherine was not so fond of Katherine Parr that she did not grudge the expense of Katherine’s orphaned daughter, Mary Seymour, who was left in her care after the death of both parents.

During the years of Edward’s reign, Katherine moved firmly into the Protestant camp, supporting and encouraging many who men who, in Henry’s reign, would have been accused of heresy – men such as John Foxe and John Bale. She also maintained a close friendship with Somerset’s secretary, Sir William Cecil.

In 1551, Katherine’s two sons by Suffolk died on the same day, of sweating sickness. Not surprisingly, Katherine was devastated but she drew on her faith to accept the loss as God’s will, writing to Cecil that no event had so clearly shown her the power of the Almighty.

Her personal life, however, was about to take a more positive turn. In 1553, she married her Master of Horse, a man of humble origin, son and grandson of master masons, named Richard Bertie. It is clear from Katherine’s correspondence that she trusted Bertie with her business affairs and they also shared a religious outlook.

1553 saw turmoil in England, and particularly in Katherine’s family. Her step-granddaughter, Lady Jane Grey, was proclaimed as queen of England on the death of Edward VI. Lady Jane was as convinced a Protestant as Katherine, despite being only sixteen. Although there is no record of Katherine’s views on the matter, it is probably safe to assume she welcomed the idea of a firmly Protestant queen – the alternative being Edward’s half-sister, Mary: once Katherine’s friend, but now divided from her by faith.

In the event, Mary was triumphant, and as the Protestants had feared, swept away the laws of Edward VI’s reign, returning England to the Catholic faith. Unlike many, including her friend Cecil, who conformed to the law, Katherine felt unable to hide her faith. She and Bertie went into exile, first in Germany, then in faraway Lithuania, where they were the guests of King Sigismund of Poland.  During this period of exile, Katherine gave succour to many other English exiles, and warmly embraced the Reformed faith, as interpreted by Calvin and the other Swiss reformers.

On the accession of Elizabeth I in November 1558, Katherine was eager to return to England. If she envisaged that England was about to become the Godly commonwealth of the reformers’ dreams, she was to be disappointed. Elizabeth was by no means as interested in building Jerusalem as the returning exiles hoped. The 1559 religious settlement was Protestant but had enough ambiguity to allow Catholics (who still formed the vast majority of the population, outside the capital and parts of the south-east) to accept it.

Nor did Elizabeth show much interest in developing any friendship with Katherine, despite having known her well during the life of Elizabeth’s much-loved step-mother, Katherine Parr. Katherine was not invited to join Elizabeth’s attendants, and her requests to allow Bertie to assume the title of Lord Willoughby and sit in the House of Lords in Katherine’s right, fell on deaf ears.

Katherine was therefore obliged to spend most of her time in the country. She based herself at Grimsthorpe and became an active and vigorous landowner and patron there – encouraging education and promoting reformers to the twenty-two clerical livings in her gift. The queen did, however, deposit the responsibility of Katherine’s younger step-granddaughter on her, when Lady Mary Grey married without royal permission. Once again, Katherine complained about the expense of having an uninvited guest foisted upon her, but she had little choice in the matter.

Katherine and Bertie had two children, Susan, born just before they went into exile, and Peregrine, born whilst they were in Germany.  True to her belief in the importance of spouses marrying, if not for love, at least by their own choice, she did not forbid her son from marrying Lady Mary de Vere, even though she entirely disapproved of the match. Susan became Countess of Kent, and Peregrine a successful general.

Katherine died in 1580 and was buried in the Willoughby family chapel at St James’ Church, Spilsby, where her splendid tomb may still be seen. Bertie joined her two years later. 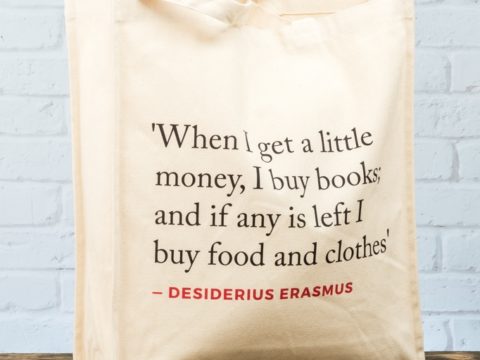