Robert Dudley was the fifth son of John Dudley, Viscount Lisle, Earl of Warwick, and later Duke of Northumberland and Lord President of the Privy Council during the minority of Edward VI. The Dudleys were a large and affectionate family, brought up as evangelicals during the reign of Henry VIII and eagerly embracing full-blooded Protestantism under Edward VI from 1547.

Robert knew the young king well, having been brought up as one of the boys in Edward’s childhood establishment before becoming a gentleman of the Privy chamber. In 1549, aged sixteen, he undertook his first public duty, as a part of the military detachment his father led into Norfolk to quell the rebellion led by Robert Kett.

In the aftermath of the successful (from the government perspective) Battle of Mousehold Heath, Northumberland and his sons visited Stanfield Hall. Amy, the daughter of the house, and heir to her father’s estates, was about the same age as Robert, and within a couple of years, the two were married. Although Amy was well off, and Robert had three elder brothers, it was not a match to equal that of his siblings, two of whom, Katherine and Guildford, married into the extended royal family: Katherine to the Earl of Huntingdon, great-grandson of Margaret, Countess of Salisbury, and Guildford to Lady Jane Grey, eldest daughter of Edward VI’s cousin, Lady Frances Brandon.

In 1553, Robert, like his father and brothers, was involved in the attempt to put Lady Jane Grey on the throne, following the death of King Edward, instead of the rightful heir, Edward’s half sister, Mary. The coup failed, and Robert, along with the others, was found guilty of treason. He was imprisoned in the Tower of London along with brothers John, Ambrose and Henry. Northumberland and Guildford, were executed but the other four were freed some time in 1554.

Gradual rehabilitation followed, and after Henry, Ambrose and Robert distinguished themselves at the Battle of St Quentin, an Anglo-Spanish victory over the French, they were ‘restored in blood’.

As a boy in the household of Edward, Robert had begun a friendship with the prince’s half sister, Elizabeth. They maintained this in some way during Mary’s reign, and when Elizabeth acceded to the throne on 17th November 1558, one of her first actions was to appoint Robert as her Master of Horse. This was a prestigious position, placing him frequently in the queen’s company, and also gave him responsibility for organising her coronation procession and many of her later progresses.

Robert was not appointed to the Privy Council at this time, but within months, the closeness of his relationship with the queen was causing scandal. They were said to be lovers - bad enough if the queen had taken a single man as her lover, but infinitely worse considering Robert was still married.

As well as, of course, the immorality of the supposed relationship, Elizabeth’s ministers disapproved of the ascendancy of Robert because they perceived him as a block to her marrying a suitable foreign prince. (They seem to have been unaware of the hypocrisy of their pleas to her to marry, having objected to her late sister’s union with Philip of Spain). Robert was considered to be bringing ‘ruin’ to the queen and the country. There was an element of jealousy involved as well. Whilst Elizabeth was never extravagant with her money or property she did give Dudley sizeable grants over the years and also restored Ambrose to the earldom of Warwick.

From 1559 to the autumn of 1560, rumours about the queen’s intentions grew -Amy was said to be sick of a ‘malady in the breast’ although some sources suggest this was a temporary thing, whilst other contemporary reports suggest the story was invented so that Amy’s death might pass unremarked.

On the day after Elizabeth’s 27th birthday, shocking news reached the court. Amy, who had been alone at home all day, had been found at the bottom of a staircase, with her neck broken. The queen refused to see Robert until the matter had been investigated and a coroner’s inquest completed.

Robert himself did not feign an unfelt grief, but all his contemporary letters suggest he wanted a full investigation. Nevertheless, then, and since, he has been suspected of arranging his wife’s death, so that he could marry Elizabeth. Mary, Queen of Scots, and also Queen-consort of France, was heard to say that the Queen of England planned to ‘marry her horsekeeper, who has murdered his wife to make room for her’.

If such had been Robert’s plan, it went disastrously wrong. It would have been absolutely impossible for Elizabeth to keep her throne in 1560 if she had married him. She was still only two years into her reign, had limited support abroad (although ironically, that was largely from Spain) and plenty of opposition at home. It is difficult to believe that Robert could have been so naïve as to believe that murdering his wife would have any positive outcome.

Robert became a Privy Councillor in 1564, and proved himself one of the most diligent of Elizabeth’s ministers. Although a committed Protestant, he favoured Mary, Queen of Scots’ claims to be the legitimate heir, and, in 1564, Elizabeth even put forward the idea that Mary should marry him. Whilst he wanted to be a queen’s husband, Robert certainly did not want to marry Mary, and sent her messages assuring her that he would not presume to put himself forward as a potential husband.

In the late 1560s, he, along with others of Elizabeth’s ministers, encouraged the idea that Mary might marry the Duke of Norfolk. Norfolk himself was one of Robert’s greatest critics, but as a fellow-Protestant, seemed a suitable husband for the Queen of Scots. The plan was made without Elizabeth’s knowledge. Robert promised to tell her of it, and obtain her approval, but failed to do so – possibly aware that Elizabeth would react badly, and not unwilling to see Norfolk the butt of Elizabeth’s wrath.

Elizabeth was furious, and Norfolk was disgraced – being executed not long after, for continuing to intrigue with the Queen of Scots. It is hard to imagine that Robert mourned.

By the early 1570s, Robert had more or less despaired of marrying the queen. He embarked on a relationship with the widowed Douglas Sheffield (although some evidence suggests he may have had an affair with her before her husband died). He had a son by her, whom he acknowledged as his own. Douglass was to claim later, that they had married, but the court case in 1603 dismissed the claim.

Nevertheless, Robert did wish to marry and have an heir, and in 1578 he married the widowed Countess of Essex, Lettice Knollys, a cousin of the queen. The marriage was kept secret from Elizabeth for over a year, but, when Robert made his objections to the queen’s proposed marriage to the French Duke of Anjou plain, Anjou’s envoy, M. Simier, broke the news to her. Predictably, she was furious, and Robert bore the brunt of her anger for months. Eventually, she was reconciled with him, but refused to see Lettice again, referring to her as a ‘she-wolf’.

Simier’s action was tinged with spite, but Robert’s objection to the proposed marriage was from genuine reasons of state, as well, perhaps as a dash of self-interest. He genuinely feared that a French Catholic king of England would be against the best interests of the country. Elizabeth, however, wanted to secure a French alliance, to counter Spain’s growing power, particularly in The Netherlands.

The Netherlands, were, by inheritance, part of the territory of Philip II of Spain, and had been ruled from Madrid by a series of regents. Over time, all classes of Dutch society had come to resent this arm’s length rule, and tensions mounted as a significant proportion of the population converted to Calvinist Protestantism.

Robert, along with Sir Francis Walsingham, his own father-in-law, Sir Francis Knollys, and Cecil were all in favour of Elizabeth supporting their Dutch co-religionists with money, arms and men. Elizabeth was much less enamoured of the idea. She objected not just on grounds of cost, but also based on her unwillingness to support rebels against their rightful monarch, which she believed Philip to be.

Over time, her objections were worn down, and money and men were sent. This contributed to the deteriorating relationship with Spain, along with the antics of Francis Drake and other seamen, whose capturing of Spanish ships was no more than piracy. By the early 1580s, there appeared little alternative to sending an English force, and Robert was appointed to lead it.

Elizabeth gave Robert explicit orders not to accept any role in The Netherlands that might imply that the English queen was claiming sovereignty. He was to act as her Lieutenant-General only. But Robert, convincing himself, or allowing the Dutch to convince him, so that Elizabeth was embroiled further than she intended, accepted the post of Governor-General. This was a direct challenge to King Philip’s authority, and another nail in the coffin of Anglo-Spanish relations.

The queen was furious with Robert, especially when she heard a rumour that Lettice, whom she still resented, intended to travel to The Netherlands with an impressive suite of followers. Such a visit was absolutely forbidden, and messengers were sent to Robert telling him to resign the post. Cecil and the other ministers managed to restrain her wrath, and Robert was permitted to carry on in post, but his authority was weakened, and he was quite unable to manage the Dutch States-General, nor did he have any success in managing the military campaign. Philip’s general, the Duke of Parma, was successful in re-taking control of most of the southern Netherlands.

Towards the end of 1587, Robert was delighted to be able to resign his leadership to Lord Buckhurst and return home. England was now preparing for open war with Spain. Despite his limited success in The Netherlands, Robert was appointed as Lieutenant General of the army, and mustered the troops at Tilbury in July 1588. He asked Elizabeth to conduct a military review, and stood beside her as she made her most famous speech in August 1588.

Shortly after, came news that the Spanish Armada had been defeated by a combination of seamanship and weather. Robert, in failing health, requested permission to travel to Buxton to take the waters. Elizabeth agreed. He set out with Lettice, but died en route.

Elizabeth was heart-broken, and never truly overcame her sorrow at the loss of her ‘Eyes’ as she had called him. He had been her closest friend for thirty years, and, although they had frequently clashed and quarrelled, no-one could take his place. 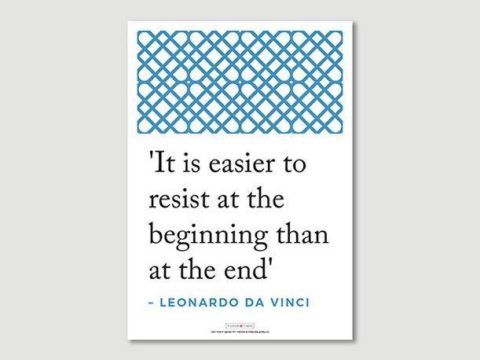