Burghley is situated about a mile to the south of Stamford, in the mediaeval Soke of Peterborough, now a Unitary Authority. For postal purposes, the address is Lincolnshire. The complexities of exactly which county it is in, and the warmth with which people espouse different views, leads me to leave geographical description there!

To reach Burghley, travel either north or south along the A1 and follow the brown tourist signs. If you are approaching from East Anglia, take the A47 to Peterborough, then, to avoid the town, turn north onto the A15, then cross to Stamford on the A1175 from Market Deeping. Similarly, from Lincoln, travel south on the A15, and turn off at Bourne onto the A6121. From the west, the A47 from Leicester, with a turn north-east onto the A43 will bring you to the A1, just before the Stamford turn off.

The East Coast mainline travels between London and Edinburgh, stopping at Grantham and Peterborough, each about 15 miles north and south of Stamford respectively. A connection to Stamford can be made at Peterborough (but not Grantham). Alternatively, there is a train from Leicester or Birmingham.

Bus No. 201 runs between Peterborough and Stamford, stopping at Burghley House. There is also a bus from Grantham, but this takes ages and goes through Melton Mowbray.

Burghley House is one of the great Prodigy Houses which were built by Elizabeth I and James VI & I’s chief courtiers, to accommodate the monarch when on progress around the kingdom. Burghley is, perhaps, the grandest of them all. The man who built it, William Cecil, Lord Burghley, was Elizabeth’s right-hand man from her accession until his death in 1598, and, during his forty years in office accumulated vast wealth.

Stamford in Lincolnshire must have a fair claim to be in the top 5 loveliest towns in Britain. Largely built of the local limestone, mined at Little Casterton, it was the first town to be designated as a Conservation Area. Its location on the A1, which follows the route of the Great North Road, itself a later incarnation of the Roman Ermine Street, means it has been the site of human activity for at least two thousand years. The centre of the town is absolutely littered with mediaeval churches, and there is also the famous George Inn (which may be as much as a thousand years old) although most of the houses date from the seventeenth century or later.

Burghley itself is about a mile outside the town, in the parish of St Martin’s-Without.

Burghley House is still the seat of the Marquess of Exeter, although Michael, 7th Marquess of Exeter, lives in the US. The estate house is managed by the Burghley Preservation Trust, headed for many years by Lady Victoria Leatham, daughter of the 6th Marquess, and now by her daughter, Miranda Rock, who lives there with her family.

The entrance fees are set to cover the cost of maintenance, and are high – although English Heritage, Art Fund and Historic Houses Association members receive a concession.

The park is free for anyone to access and your ticket is valid all day, so you can go in and out of the house and gardens at leisure. Parking is very straightforward, and close to the house. Surfaces are pretty flat and easy for the less able-bodied.

If you are visiting in September, be aware that the Burghley Horse Trials cause considerable congestion on the roads, and also affect access to the park, so check the dates before visiting.

On arrival, you have several choices – a walk in the park, up to the famous lion bridge to see the best view of the house (a distance of several hundred yards); entrance to the Garden of Surprises (more on that below); the special exhibition, which changes from time to time, or into the house.

Tickets are purchased from the Brewhouse Visitor Centre, a new building opened in 2006 that occupies the space once designed by Lancelot ‘Capability’ Brown as brew house, bake house, and slaughterhouse for the estate. Special exhibitions are upstairs. 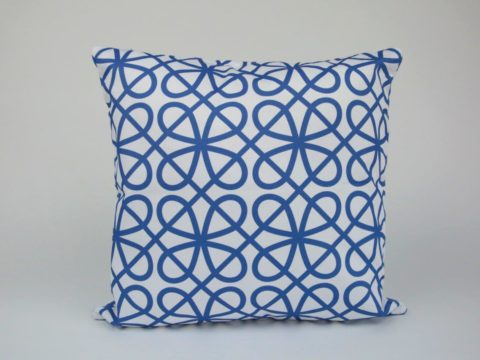