The wonderful Theobalds is sadly long gone but it is still possible to visit its site, in what is now Cedars Park, an historic park at Waltham Cross. Owned by Broxbourne Council, it is open to the public. Cedars Park is situated within two miles of Junction 25 of the M25 motorway, where it intersects with the A10, is easily accessible by car, and has parking on-site.

Theobolds (pronounced ‘Tibbalds’) was a country house built by Sir William Cecil, Lord Burghley, Elizabeth I’s Chief Minister and a leading patron of architecture in Elizabethan England. It became the largest and most extravagant of the magnificent prodigy houses built during the Tudor period.

Located near Cheshunt in Hertfordshire, its proximity to London (it was only some 14 miles from Westminster) and the adjacent large, well-stocked hunting park added to its appeal. It was also close to the main road from London to Ware (now the A10), and then on up to Cecil’s large country seat, Burghley, near Stamford. Several royal residences – Enfield, Hatfield and Havering – were nearby, as were those of family and friends: his brother-in-law, Sir Nicholas Bacon at Gorhambury, near St Albans, and his friend, Sir Thomas Heneage, at Copped Hall, Epping. The Queen was a regular visitor, and, over time, Cecil developed and expanded the property to meet her requirements, as well as his own.

When Cecil bought Theobalds in 1564 from John Ellyott, a London mercer, it was an unprepossessing moated manor house which he initially replaced with a modest courtyard house. However, from the late 1560s he began an ambitious building programme that re-built the house on a vast scale, turning it into the largest private house in England. When completed, around 1585-6, it had all the rooms and facilities Cecil needed to meet his own obligations and to fulfil the business of state, plus sufficient lodgings for the aristocrats and their servants who accompanied Elizabeth on her visits. This could be a very substantial number! On her visit in 1583, when Elizabeth stayed for four days, she was joined by the earls of Leicester and Warwick (Robert Dudley and his brother, Ambrose), Lord Howard, Lord Hunsdon (Henry Carey, Elizabeth’s cousin), Sir Christopher Hatton and Sir Francis Walsingham, and their entourages as well.

Unusually, in addition to these lodgings, Theobalds also contained separate suites of rooms dedicated to the Queen’s use. Kenilworth Castle, belonging to Leicester, and Burghley House, another of Cecil’s houses, were the only other private houses in the country to have rooms reserved for the monarch. A tower at the southern end of the Queen’s privy gallery in the Middle Court range, contained a set of rooms, referred to as the Earl of Leicester’s lodgings, and used by him during these visits. Leicester’s stepson, Robert Devereux, Earl of Essex, another favourite of Elizabeth’s, used the same lodgings during her 1591 visit. This mirrored similar arrangements at Greenwich Palace, where Leicester had chambers on the riverfront, close to the Queen’s privy apartments in the tower. Indeed, Leicester had rooms near to Elizabeth’s in all the royal houses.

Elizabeth made more than a dozen visits to Theobalds. Sometimes she stayed for merely a day or two, whilst her visits in February/March 1573 and May/June 1575 lasted two weeks; those in 1591 and 1594 were some 10 days each in total. During these longer visits Elizabeth conducted state business: eight sessions of the Privy Council were held, for example, during her visit in 1575. She also received and entertained ambassadors and other foreign dignitaries, displaying the full splendour of Theobalds to the international gaze.

And what splendour it was! Built in red brick with stone dressings, with ranges three storeys high in many places, it had a profusion of towers and turrets which, combined with its sheer scale, made an impressive façade. Fountain Court alone, the smaller of the two principal courtyards, had blue slate covered towers at its four corners, each of which had four turrets on them. The house had a flat roof with leaded walks and walkways, providing views across the countryside and, according to one visitor, from which it was possible to see the Tower of London in the distance.

By the mid-1580s, Theobalds had five courtyards, extending across a quarter-mile axis. As well as its rooftop walks, it was renowned for the number of its loggias and long galleries. Although Theobalds is no longer standing, it is possible to gain an understanding of its floor plan, and its decoration, from a number of sources: John Thorpe’s drawings (1611), the survey of the Parliamentary Commission (1650), 'The History of the King’s Works' and the Cecil papers which are held at Hatfield House. Details of its original and impressive decoration, in particular, also feature in the letters of many visitors.

The ranges in the two main courtyards, Middle Court and Conduit or Fountain Court, contained the state apartments, public rooms, such as the Great Hall, and lodgings for high status guests. The Great Hall was an impressive open hall in the medieval tradition, rising through the equivalent of ground, first and second floors of the Middle Court range, with an oriel window and minstrels’ gallery. It had a hammer beam ceiling, probably non-structural given the roof above it was flat, and its floor was paved in black and white marble.

The decoration of the long gallery above the gatehouse range separating Base and Middle Courts, also known as the Green Gallery, reflected Cecil’s interests in heraldry and cartography. It was painted with scenes of England – its cities, towns and villages, mountains and rivers – and the arms of individual landowners. In total, there were 52 trees, representing each of the counties of England, decorated with the arms of the earls, barons and nobles who lived within that county.

During the 1580s, new state rooms were created in the remodelling of Fountain Court. These included the Great Chamber, also known as the Queen’s Arbour, which Cecil and the Queen used for dining in state, receptions and entertainments. Its interior sounds quite extraordinary, with trees and a grotto of life-like creation. There were six trees on either side of the chamber, decorated with real bark, birds’ nests, leaves and fruit, and a fountain, within a stone grotto, sparkling with pieces of coral, crystal and metallic ore. But perhaps most impressive of all was the chamber’s ceiling. Painted with the twelve signs of the zodiac, it had a mechanical sun and moon that travelled the length of the chamber over the course of the day and night, and stars that shone in the evening!

Theobald’s glorious buildings were accompanied by spectacular gardens; gardens and gardening were another great interest of Cecil’s. The herbalist John Gerard, whose famous 'The Herball or Generall Historie of Plants' of 1597 was dedicated to Cecil, was responsible for the plant collection at Theobalds, and at Cecil House on The Strand in London.

The extensive gardens at Theobalds incorporated Maze, Laundrie, Pheasant and Privy Gardens, along with the Great Garden. The latter covered more than seven acres and a description from 1598 refers to its nine knot gardens, 70 feet square, each with a white marble fountain in the middle. The fountain in the middle-most knot stood upon three stone steps and incorporated waterspouts in a number of concealed pipes which sprayed unsuspecting passers-by.

The Great Garden also had three gravel walks, divided by thorn hedges interplanted with sycamore, lime and elm trees and a variety of fruit trees – apple, pear, plus and cherry. Other features included a Banqueting House, a carved timber pergola and an obelisk and sundial made of alabaster. The Great Garden’s formal layout was designed to be viewed from the roof walks and a canal enabled visitors to pass through the garden by boat.

Elizabeth’s successor, James VI & I, was also greatly enamoured of Theobalds, first staying there in 1603 on his journey from Edinburgh to London when he became King of England. In 1607, in an exchange with Cecil’s son, Robert, James gave up the Old Palace at Hatfield for ownership of Theobalds. He died at Theobalds in 1625 and his son, Charles I, was proclaimed king at the gates of the palace. 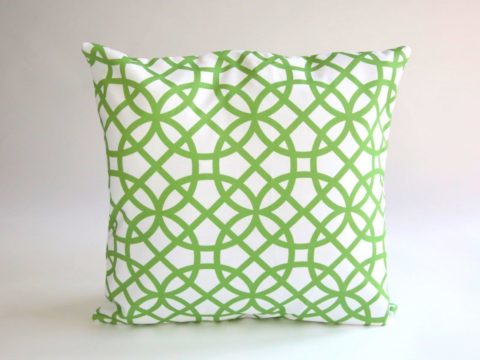