The position of Lord Marshal in the mediaeval and sixteenth century court was a prestigious one. It developed from the early mediaeval period, when the king’s marshal was responsible for his stable of horses and their care, particularly in relation to military requirements and his household guard. The Lord Marshal was also responsible for proclamations of peace and war.

In many military issues, the Marshal was subordinate to the Lord High Constable, but between them, they were responsible for mustering men, ensuring that those who owed military service to the crown performed it, either personally or through suitable deputies, and arranged payment for those who were serving for wages, or who had already completed the forty days of unwaged service required as feudal duty.

The Marshal’s position was at the vanguard of the army, bearing a white banner, with the Constable leading the centre. If the army were obliged to retreat, the Marshal brought up the rearguard. In camp, the Marshal was responsible for the watch.  The Marshal’s role in time of war was lucrative – he was entitled to a proportion of all wages; his horses and those of his servants were maintained at the king’s cost and anyone selling supplies, from the armourers down to the prostitutes, paid him a fee.

He was also entitled to certain categories of goods from captured towns and any ransoms payable by a captured enemy combatant who escaped his original captor to be re-taken by any of the watch or camp guard. By the time of Henry III, the Lord Marshal included naval responsibilities within his remit – responsibility for shipping for the king whenever he travelled abroad.

The military role expanded into the Marshal’s Court, which had legal jurisdiction over the king’s servants and their activities, for up to 12 miles beyond the ‘verge of the king’s court’, as well as trespass within the same limits. The king’s court was wherever the monarch was, in times of peace, or with the army in times of war, so this was a roving jurisdiction.

The Marshal’s Court was also the Curia Militaris, literally, the military court, although it is usually translated as the Court of Chivalry. This was not the romantic notion of a court of chivalric behaviour in the modern sense, but a court which judged whether fighting men acted in accordance with the rules and customs of warfare, or mock-warfare in tournaments and jousts, as well as agreeing disputes over the bearing of arms and for matters of heraldry and pedigree (serious questions in the mediaeval period). These duties were specified in Richard II’s patent of 12th January 1386, conferring the position on Thomas de Mowbray, Duke of Norfolk.

As with any legal court, the Marshal’s court had power of fine and imprisonment, and the London prison of the Marshalsea, so notorious by the nineteenth century for its use as a debtor’s prison, was under his jurisdiction. It could also deprive a man of his knighthood – a disgrace hardly to be borne.

At ceremonial occasions, such as coronations, funerals or state visits by foreign dignitaries, the Marshal walked with the Constable, carrying his staff of office.  At coronations, the Marshal was responsible for ensuring order, and for setting the guard in the great hall, and any other rooms within the palace, except the royal bedchamber. He ensured that peace was kept during the festivities, and as reward, received the horse and palfrey of the king (and the queen, too, if it were a joint coronation) together with all the animals’ accoutrements; the table cloth from the coronation dinner, and the cloth-of-estate, likely to be extremely valuable. Usually, the cloth was then redeemed by the monarch for cash.

Just as in the military sphere, the Marshal was slightly outranked by the Lord High Constable (until Henry VIII abolished the office in 1521), so, in the supervision of the king’s household, he was outranked by the Lord High Steward. The Marshal’s responsibility was to assign lodgings, to ensure guests had a place to stay, and also, given the propensity for petitioners to linger in hopes of attracting royal attention, to make sure that people with no proper business at court were sent away. He also had responsibility for housing the court whilst on progress, making sure that all of the household equipment was taken from place to place and that the stopping places were clean, and properly provisioned, and that the monarch’s appearance in the locality had been sufficiently advertised so that admiring crowds could come to see him or her.

The Lord Marshal was an officer of the king’s exchequer, responsible for summonses under the king’s seal, to individuals required to attend the court to account for monies owed to it. This is probably the origin of the Marshalsea as the debtor’s prison – failure to pay monies owed to the exchequer was punished by prison, under the command of the Marshal, until the debt was discharged.

These complex duties far outstripped the ability of a single individual, so the Lord Marshal had suitable underlings – a Knight Marshal, a Serjeant Marshal, a squire, a page, and clerks answering to the knight and serjeant.  They also had deputies in the Exchequer, and in the King’s Bench court. 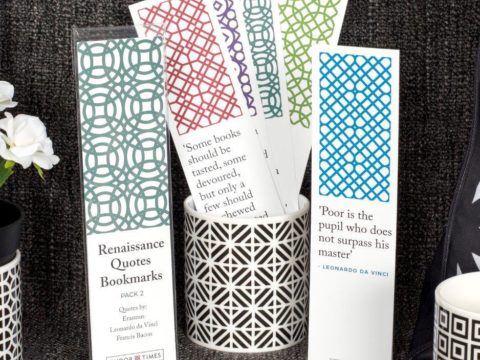